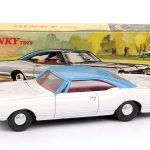 The Strange Case of Ralph’s Car

Not written in a bit, just because its not often a story comes to mind I’ve not already written! Probably cause I’m gettin’ old and just keep repeating myself. 😛 Anyway, was thinking about old times today, and for some reason, the strange case of Ralph’s car come to mind.  Now I’ll preface this by […] 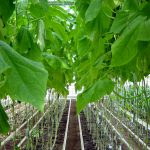 Spring is Sprung, the cucumbers is riz?

Spring is sprung the grass is riz, I wonder where the bluebirds is? An old rhyme that I’m sure most have heard before, but coupled with memories the other day of double daylight savings time, I was reminded of another of our illustrious former premier Peckford’s achievements, the Sprung Greenhouse! I won’t doubt his ambition, […]

So Pam Anderson was back home yesterday, offering money for people to stop sealing.  People seem to fail to understand that the seal hunt isn’t clubbing babies anymore.  Its as humane as any hunt can be, and more so than any slaughterhouse.  Yes seal furs are used for clothing, but so is cow leather.  Seals […]

In rural Newfoundland, store bought anything in earlier days was rare. People fended for themselves, and their neighbours, and as I’ve mentioned before, trades of things were common. Store bought alcohol was as well rarer than now.  People made their own home brewed beer with their own recipes, not the kits like we used. I […]

If you can’t steal from your friends…

The winter and spring before I moved to Nova Scotia was the first and only time I drew EI. I had left the hotel/accounting business and was looking for something different, and eventually decided to go back to school, and then, then and then…. well that’s a whole long time ago, and a different story. […]

I’m no poet, but for what its worth, this came to me last night.  Hope you like it. Partridgeberry jam by the spoonful from the jam dish: You can taste it. Wood smoke drifts from chimneys in the frosty morn : you can smell it. Dew kissed fence palings on your path : you can […]

As a boy, I used to sell poppies door to door for Uncle Eph (Eaphraim) Cooper.  Well I guess it was for the Legion, of which he was a member, but I always called it for him. As such I learned what they were all about, and gained a great deal of pride in my […] 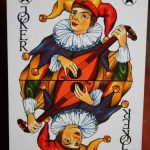 Why’d You Play the Left Bower There??!

I’ve never played Bridge, and don’t know the rules or at least not totally, but back home in Newfoundland, we had a similar game called 500’s, the objective of which is to get 500 points, duh! The game is deceptively simple to play, but can take years to master.  There’s a lot of strategy involved, […]

I guess every culture/region has some of its own “weird” foods, and Newfoundland is no exception.  I guess being reliant so much on fish as a locale (and by fish I mean cod, to Newfoundlanders any other fish has a name), we came up with or borrowed many unique methods of preparation.  One of these […]

At least here in Canada. Maybe its because winter comes earlier to us than to the majority of our southern neighbours, but we celebrate thanksgiving the 2nd Monday in October.  Like them its a shopping holi…. no wait, wait sorry, it isn’t! While we don’t have any history of pilgrims and sharing with the native […]

Random Posts
A little About Me
Some views of Halifax, and an Intro from Me