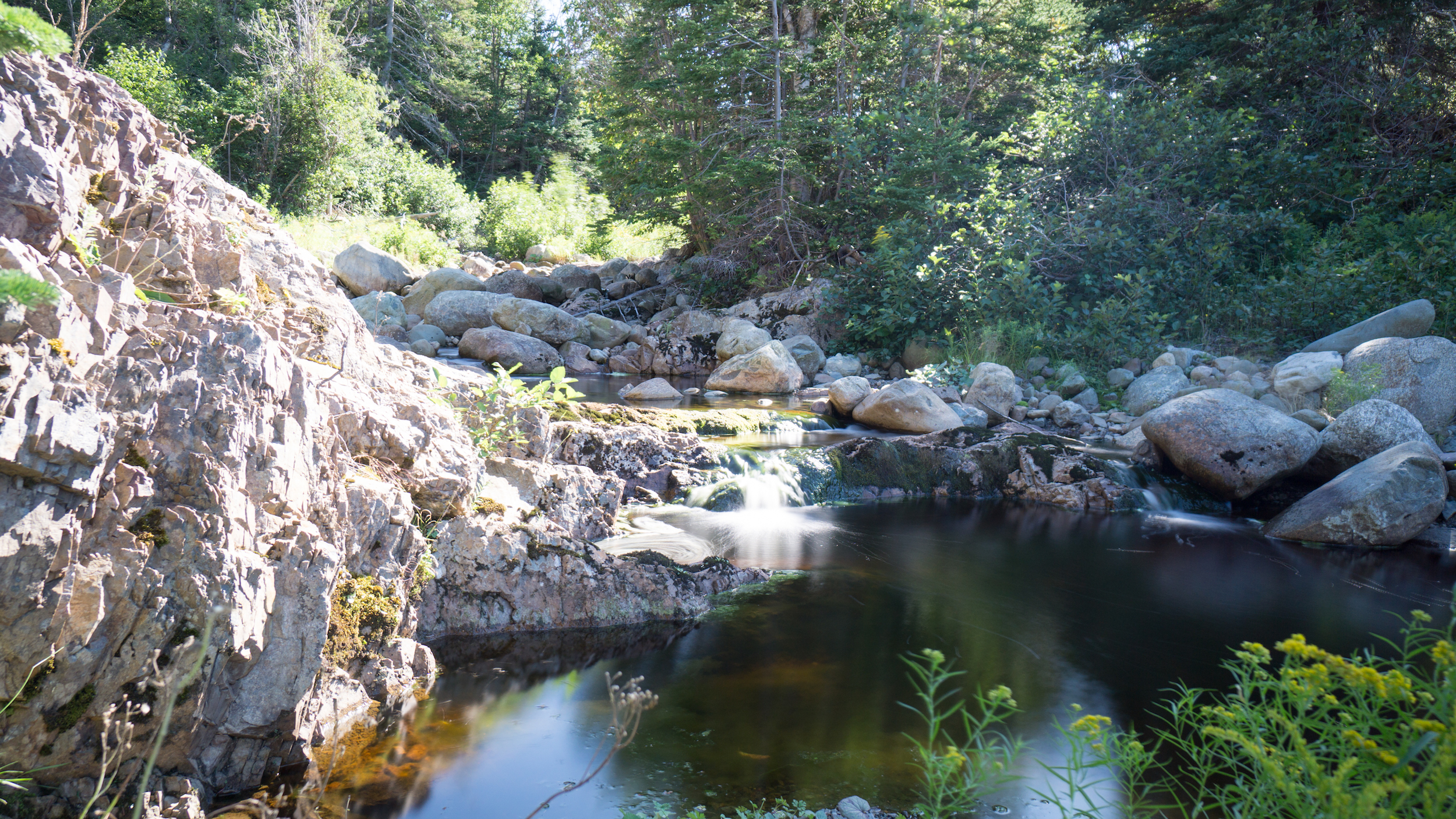 This post is probably for me more than anyone, but feel free to read, or skip….

I don’t remember the exact date anymore, but sometime around the 26th of this month, it will be 22 years since I got in the old Corsica with Keith and came to Halifax for a 9 month course.  Mom and Dad followed to spend the winter up here too, and my sister, Annette, was already here; the main reason Mom and Dad came up.

Well Dad lasted 2 winters, passing in March 1998, but maybe his happiest years in a way too, spending them with the little girl he doted on.  I’m moving into my 23rd winter now I guess.  Funny how things work out, had no expectation I’d ever be here beyond my course.

I finished the course in July 97, and had a job starting the Monday (or Tuesday, I forget) after I finished, in Gander.  Packed up the old Corsica again and moved there from July to January 98.  At that time the school I had gone to offered me a job and the option of being close to Mom and Dad, and really having enjoyed my experience there, I moved back to Halifax.  Again, never really thinking about staying. Apsey Brook from across the sound.

Well 22 years has come and nearly gone, a house mortgaged, brown hair (what hair? Hayley will ask) changed to gray, red beard changed to white.  And I guess somewhere along the line Halifax (technically Bedford) became home, even if I will always call Random Island home. When you look at it, I’ve only been here nine less years than there.

Not even gotten back much lately, but, and I guess this is where this comes from, I did go “home” in September for a week. It was kind of a good bye trip I think, and while I may very well go back again, maybe sooner, since Eric is so generous with a place to stay, it was still kind of a farewell tour. I got to visit old haunts, re-live memories, visit Dad both at his gravesite and in my memories at places like Friggin’s Cove Pond.

When you move, in your mind the people and things you’ve left behind don’t change. I had such thoughts – Walking from the old mill site across “the land” to McGrath’s Cove, walking down and seeing the old root cellars, other little things that no one but me would get, like 2 huge ant hills on the path from Uncle Hay’s to Colin’s.  It was all gardens in my memory.  The “paths” were often used by trucks back then, the gates big enough for horse and slide and vehicles.  Well without a machete, or perhaps a chain saw, that’s not happening anymore.  What were roads and paths are forest. I went to the rattle (Friggins Cove Rattle that is) though it was dry, walked on “The Level” and Granny Walters hill. The sea arch at Phillip’s Point, Gull (or Sapphire to the older generation, though not sure what generation I am! Aside: Why did we kids call it Gull Rock I wonder?) Rock, saw the “black rocks” fishing mark. Saw an Apsey Brook sunset.  Visited all the communities; went across the neck, out to southwest arm, the brickyard, I can’t even remember it all already.

I loved it, always will.  And I miss the good friends I have there, pretty much all one family really, Bernard, Eric, Barry mostly, brothers from another mother.  But while its “Home”, I don’t know that I could live there anymore.  There are facets I love of course, but being there for a week and doing something every day isn’t the reality of anyone’s life.  And mainly I guess, for me, at least till she’s out on her own too, Home is where Hayley is.