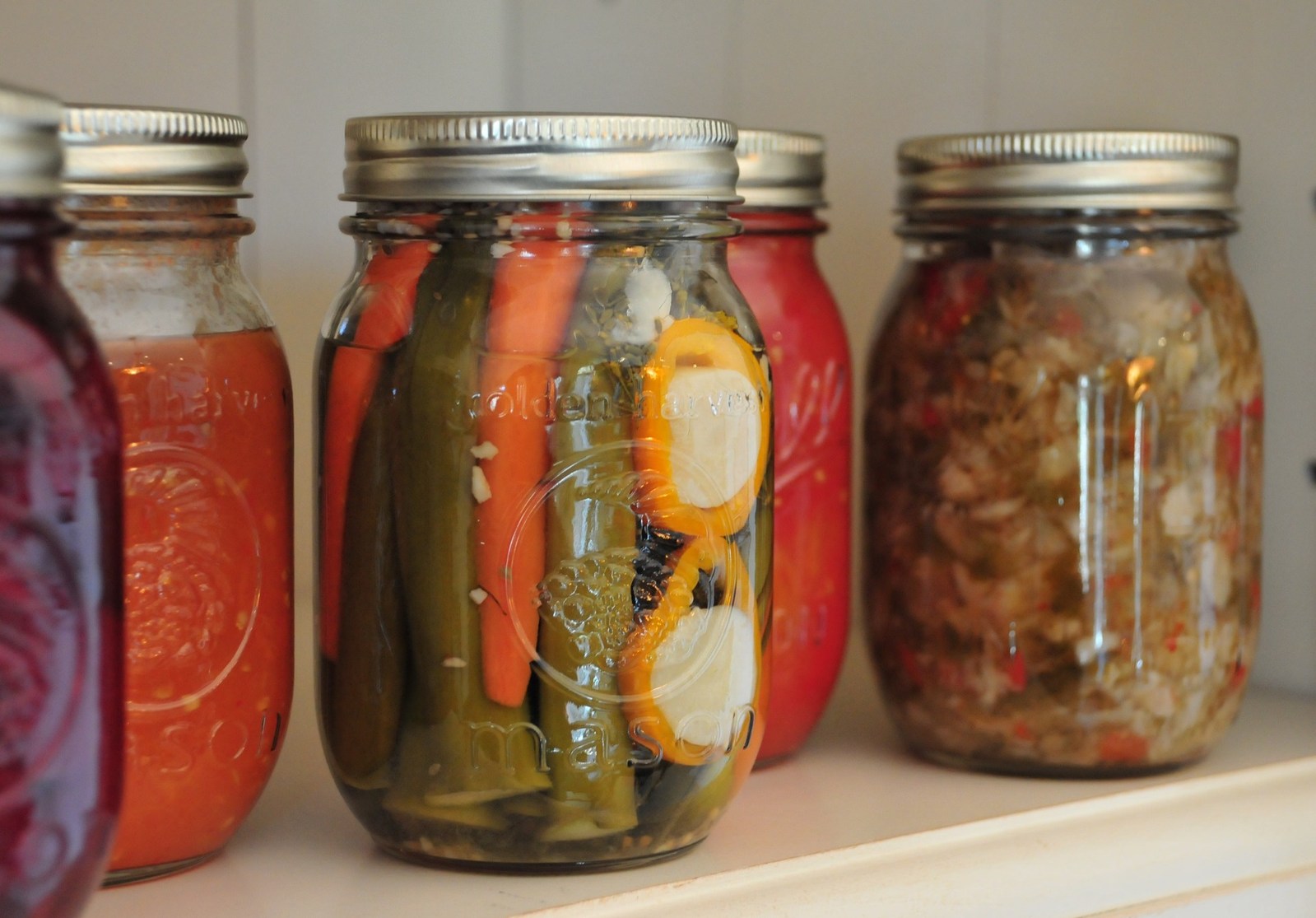 When I was a boy, I heard of people canning fish and meat for winter, and I always wondered how they did it.  Always wondered how a person at home sealed a tin can.   For some reason I never associated our cold packing in bottles with canning.  I always thought that canning involved, well cans.

While I’m sure there is some method of doing just that, I since realized that canning is generally referred to bottling or putting up or preserves.  This being the hunting and harvesting season, is when we’d generally start to see cold packing happening.  Moose, rabbit, apples, damsons, and who knows what else would be prepared for canning.

Electricity came to Random Island the year I was born, or at least to my part of it, 1965.  Before that to keep food for winter, vegetables were kept in a root cellar, and fish was generally salted.  Fruit, berries, and meats though were usually cold packed, and that continues today, more so because we like them that way than because we need to.  Besides that we’d also make some pickles.  Not pickled cucumber, but more like what we see in stores now as chow chow.  There were many kinds, rhubarb (ew), and my favorite green tomato and apple.

But cold packing was a big thing.  Everyone had a huge boiler that they’d scald the bottles in to sterilize them.  Meats would be cut into small pieces, and added to the bottles with some fat back pork.  Berries and fruits were generally put in the bottles whole, tho sometimes cut smaller to aid cooking times.  The bottles would then be placed back in the boiler to cook the food, with a rubber sealed lid placed on lightly.  Once cooked, the bottles would be placed on a rack to cool, and the contraction/cooling process would create a vacuum with the lid, sealing the bottle.  A screw top ring would be added to keep it tight.

These bottles would then be used as meals throughout the winter, though in my time, they became more of a dessert or in the case of meats, something to augment the traditional Sunday evening cold plate.

Now I’m hungry, anyone got a bottle of moose to send me for supper?

Newfoundland is lucky in both our variety of wildlife and our lack of wildlife at the same time.  Being an island, a lot of mainland species aren’t, or at least weren’t present on the island till introduced.  The common squirrel (ie: a rat with a furry tail) was totally unknown to me growing up and I think I saw my first one in the early 80’s.  I also never saw a snake, porcupine, deer, or skunk till I visited the mainland.

Yet we do have a variety of animals, some very large, some quite small.  Random Island was at one time over populated with moose.  I remember one drive to work at the Holiday Inn in Clarenville, I saw 19. I also remember a bike road home at about 10 or 11 pm, and having to drive one out of the road near Cooper’s Brook on the Apsey Brook road. I hear bears are getting pretty common too now, and while they were there when I grew up, I only saw one.  We had a few caribou, but again only saw one of those.

Smaller than these we had tons of mink, otters, beaver, muskrats, and even the teensy shrew.  Yet none of these gave us a scare when walking in the woods, except in rare instances, we left each other alone.

But there was one thing, one not so large thing, that would send your heart to racing, and make you jump about 50 feet when you encountered it.  Yes, there was nothing any more frightening than when you flushed a snipe.  These little birds were so well camouflaged you could nearly step on them, and when you did, they flew up in your face, making a sound like all the banshees of hell had been released.