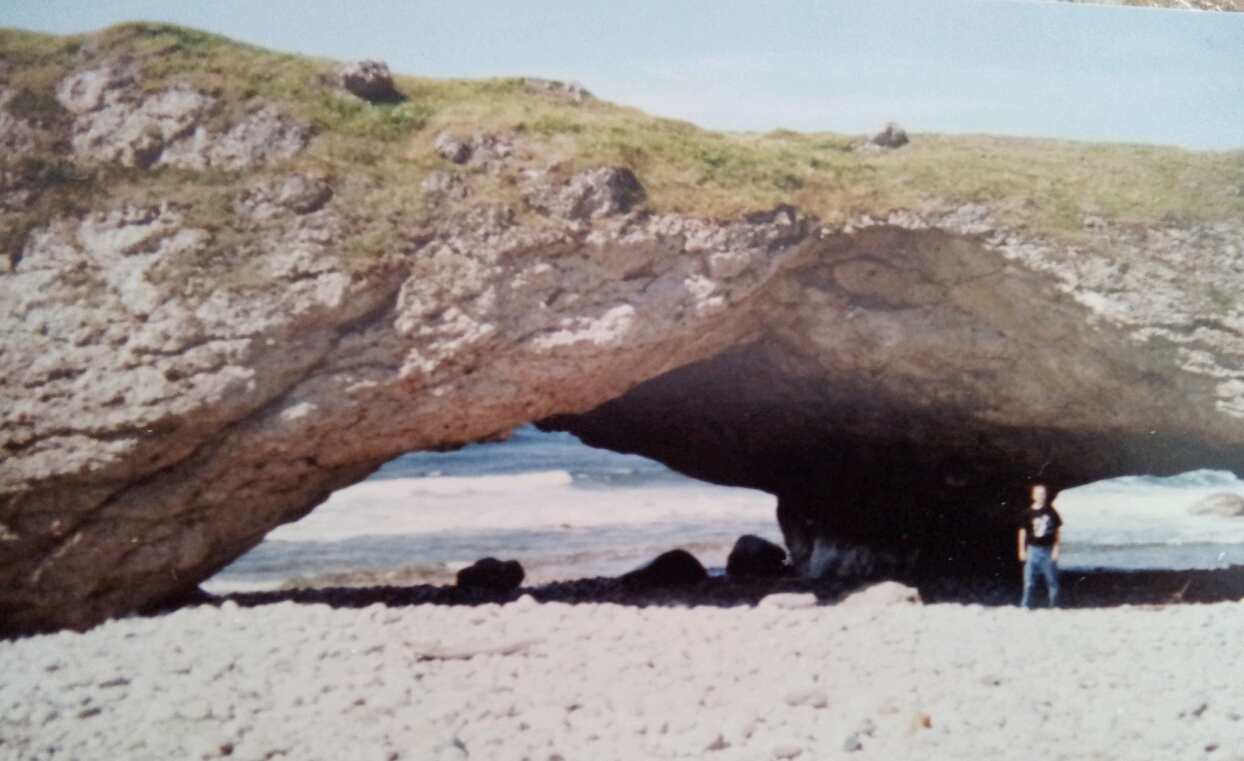 From what I can find out, on August 4th, 1995, Bon Jovi played in Grand Falls, Newfoundland.  It apparently wasn’t a Salmon Festival concert, but in any event, Eric and I attended and made it the starting point for a cross Newfoundland camping trip that I encourage everyone to try sometime.

We made our way to Grand Falls/Windsor arriving sometime that morning, and scoping out where to park, and the campsite locations.  We set up our tent, got everything straightened away and headed to the all day concert.  I forget who all the opeining acts were, but I do remember Ray Lyle and the Storm being one of them, singing their hit Another Man’s Gun. http://www.youtube.com/watch?v=1w8q40IsrUI

Bon Jovi took the stage later on, and at first a lot of didn’t realize it was them as they opened with two Neil Young songs, the first, if I recall correctly, being Keep on Rocking in the Free World.  I will always remember one of the funniest things I have ever seen was Roger Avery, being pretty drunk, wandering around the field, with his back arched, hat askew, looking for all the world like Bernie from Weekend at Bernies.  I have to admit to being a little paniced once the concert was over as well, I could not find Eric anywhere, and I was designated driver, had no idea where he had gotten to.  Someone, I think Julie, told me she had seen him get on the shuttle bus to the campground, so I had no choice but to head back there.  Of course that area was full of a large portion of the 25000 concert goers and I had no luck finding him that night. After getting a couple hours sleep, I got up and started to see about what to do with my day and figured I’d look again for Eric, not holding out a lot of hope, as it was still relatively early.  Walking down the road, what do I see coming up the road, but him, beer bottle in hand, after having crashed somewhere.  From there, we got some breakfast and packed up, and started on the next leg of our trip.

We drove nearly across the island that day, and took the Burgeo highway down to the town of Burgeo.  Apparently there was a big caribou herd out that way, and few moose.  Of course you can guess from that which we saw and didn’t see.  In Burgeo or nearby is Sandbanks Provincial Park, a hidden treasure of golden long beaches, with warm water hidden in our cold north Atlantic.  If you’ve never been, I really recommend it!  We stayed two nights there I think it was, enjoying the beautiful scenery.  The island of Ramea is nearby as well, and I would love to have been able to make a trip over there as well.  Unfortunately, as with much of my days those days, I was short of cash, and relied a lot on Eric, so a lot of things I’d like to have done didn’t get done.

Pit stop – I think this was on Great Northern Peninsula

Funnel shape hills near the Wreckhouse

Eric at some place I really can’t recall

Must be a lot of politicians here


We drove from Burgeo to Stephenville, and from there out to the Port Au Port peninsula, where we saw many interesting things.  Such as a beef bucket used as a mail box.  We set up camp for that one night, with original plans for more at Piccadilly Provincial Park.  For whatever reason, after 18 years I’ve forgotten why, whether too many flies, or just a general mutual dislike of the place, Eric and I both decided first thing the following morning to “get the hell out of here”! On the way, we debated on a way to blow up the isthmus and set the peninsula adrift, but we were, alas, short of explosives.

Now for those that don’t know, these jaunts weren’t like an hours drive at a time or anything, we were looking at all day’s driving, and this day was as much so or more.  We drove from Stephenville to Deer Lake and made our way up the Great Northern Peninsula, with a few photo stops, such as the beautiful arches.  I can’t recall for sure if it was on the way up, or back, but we also made a trip out to Roddickton, and also caught the Labrador Ferry from St. Barbe to Blanc Sablon, taking our picture with the welcome to Quebec sign, (tho not sure where that photo is) and making sure to call Lindy Smith collect (of course) before catching the return ferry.

That leg of our trip prompted Eric to write, as best I know, on the spur of the moment, “Poor Peter, pretty pissed with perverted people in Piccadilly Provincial Park on port au port peninsula picked a pleasant passage to Pistolet Bay provincial park passing parsons pond and plum point pretty promptly!”

We stayed that night in Pistolet Bay, and perhaps another I forget, but exploring St. Anthony a little, and visiting Griquet and Cape Onion.  The morning of our departure, we both decided it was time to return home, and we got packed up, and drove from near St. Anthony all the way back home to Random Island, a distance of if I remember correctly over 1200 kilometers in one day.

While broke, and unable to enjoy as much as I’d like, it was an amazing trip, and a great opportunity to see much of the whole province.  Some say I’d like to add a few of the missing places to my itinerary and do the Gander Bay Loop and the Irish Loop on the Avalon Peninsula.